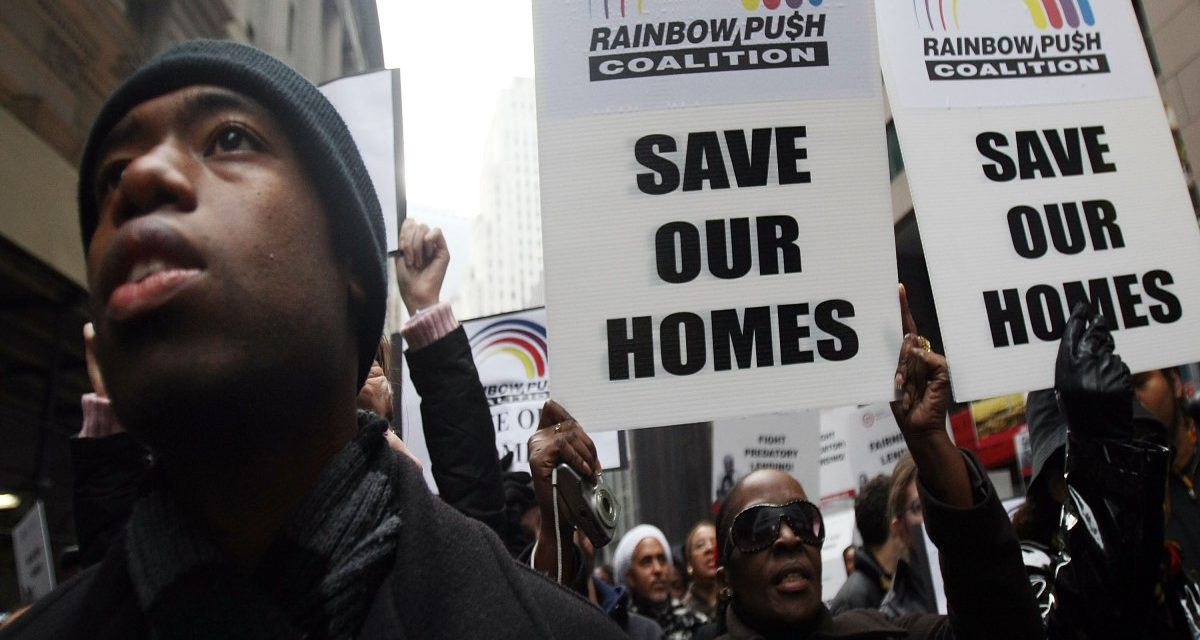 Subprime Loans: The Under-the-Radar Loans That Felled a Market

The subprime mortgage predatory loaning practices contributed in significant ways to the 2008 recession, the greatest since the Great Depression.  Mortgage brokers, loan lenders, and others of the ilk granted to, for self-aggrandizement and greed, mortgage loans to minorities who were low- or medium-income earners and could not sustain repayment of those loans. Massive foreclosures of a tsunami nature ensued adversely impacting lenders, loan borrowers, mortgage industry, communities, and the world. Who were the culprits? How did they do it? And why and what has been done to make sure this never happens again?

These are questions I try to answer in this article divided into three separate but interconnected entries. The first entry (part I) summarizes the concept of subprime loans and the risks they pose. It critically analyzes the role leadership decision-making played in the subprime loan financial crisis. The second entry (part II) will evaluate the subprime loans with the notion of responsibility. Finally, the third entry (section III) will underscore what measure that has been taken since that time to assure this will never happen again.

part I: Summary of the concept of subprime loans and the risks they pose

Unlike prime mortgage loans that reduce loan repayment or risks by requiring high credit rating, proof of income and down payment, subprime loan lenders do not require credit history, proof of income, and down payment, thus presenting a risk to the mortgage lenders. Borrowers under the subprime loans pay an interest rate, origination fees, broker fees, and credit insurance fees that are significantly higher than the former.

Subprime loans became widely known and practiced in the mortgage industry in 1999, rose up in 2005, and began to crumble in 2007. The capital markets, known as securitization, played prominent roles in the subprime loan debacle. Larger banks like JPMorgan, Wells Fargo, Citigroup, Fannie Mae, and Freddie Mac would acquire mortgage loans or assets from retail banks, repackage and sell them to capital market investors across the globe. In 2005, subprime loans origination fees had increased from $120 billion to $625 billion collectively; they represented only 16 percent of mortgage loans. Most subprime loans are Adjustable Rate Mortgages (ARMs). They increase mortgage interest rates as well as the monthly payments. In 1997, mortgage brokers, lenders, loan originators, and mortgage-backed security actors were engaged in loan flipping, committing fraud, abusing and discriminating against minorities, many of whom were low- or moderate-income earners, callow and incapable to sustaining mortgage loan repayment. Between 2004 and 2008, Wells Fargo, for instance, approved 4,000 subprime loan applications for African Americans and Hispanics. However, they were qualified for prime loans increasing the risks and uncertainties in the mortgage industry. In 2007, subprime loans origination fees dropped from 21 percent (2005) to 8 percent.

The domino effect was egregiously appalling. One-fifth of 3.6 million loans in arrears defaulted, and the rate of home foreclosure increased 53 percent higher from the previous year. About 2.5 million homes foreclosed. Foreclosure cost to homeowners was approximately $74.6 billion. To compound the crisis, homes, and communities located closer to foreclosed homes had also begun to lose an estimated value of $1.86 trillion. The glut of foreclosures and the subsequent losses of investments had created massive layoffs and bankruptcies of the tsunami dimension, creating extreme market volatility that spawned across the globe. The Federal government had to intervene to bail out most of the toxic and bankrupted institutions.

The second entry discusses the role of leadership decision-making in the subprime loan’s financial crisis. The subprime loan lenders are charged both by the laws and the ethics of the mortgage industry to set criteria and protocols that govern loan lending practices. In this role, the mortgage institutions become a clearinghouse and an agency responsible for setting standards that promote ethical behaviors and safeguard against excessive greed. All actors who make decisions that directly or indirectly impact borrowers and other stakeholders must religiously abide by the law and ethics in their best interest. The Fair Housing Act and Equal Credit Opportunity Act, for instance, prohibit mortgage-lending institutions from discrimination based on color. Many subprime loan actors flouted financial rules, professional ethics, and engaged in predatory lending practices arbitrarily imposing high-interest rates on loans that minority and low-income earners borrowed even though they were not qualified.

Top-notch decision-makers and institutions in the mortgage industry failed to practice the right moral decisions regarding the securitization of the subprime loans. They knowingly sold mortgage assets that were worthless to investors from across the globe. That seems very difficult to grasp knowing full well how successful Wells Fargo, Citigroup, JPMorgan, Fannie Mae, and Freddie Mac, to name a few examples, were engaged in predatory subprime loan lending practices.

Part II: Evaluation of subprime loans with the notion of responsibility.

The Fair Housing Act, Equal Credit Opportunity Act, and the Community Reinvestment Act mandate loan lenders to provide to low-income families affordable and fair mortgage loans, especially those who cannot otherwise be qualified for prime mortgages. In other words, these instruments hold mortgage lenders responsible for the communities and oblige them to treat loan applicants fairly. Contrary to the laws, including the absence of social responsibility to communities and corporate focus on short-term gains, mortgage brokers and mortgage loan lenders provided high-interest rates to people who were unable to sustain repayment of mortgage loans. The practice of subprime mortgage loans along with Adjustable Rate Mortgages raised the mortgage and the monthly payments, which is not only unethical but immoral as well. This created an unsustainable situation for homeowners and mortgage practitioners. The adoption of social responsibility enables organizations to address issues that affect shareholders as well as stakeholders, creates a balance between business gains and sensitivity concerning questions that affect communities, employment opportunities, and environmental concerns. The predatory mortgage loaning practices paralyzed the fabric of the mortgage industry as well as the banking systems, thus triggering the financial crisis in 2008.

Part III: What measures have been taken since that time to ensure this will not happen again?

Reforming financial institutions is not facile, especially if the changes come from outside; they have money and influence. And when Main Street and Wall Streetfight in the halls of Congress, Wall Street always wins. Since 2008, the Fed has talked the talk by enacting a wide range of sweeping financial reforms and legislations to prevent the re-occurrence of events and actions that triggered the financial crisis to enhance consumer protection and bolster the financial system by infusing billions of dollars into the economy. What has yet to happen is who will walk the walk. In other words, how leaders of financial organizations-lenders, investment bankers, hedge fund managers will effectively abide by the laws and act ethically will be an acid test to their sense of commitment and resolve.

One of the essential elements of the changes that have taken place is the education that homeowners have received about subprime and predatory lending practices, how they work against, instead of for, the people to achieve their financial goals. In 2009, the Bureau of Financial Protection created the Dodd-Frank Wall Street Reform and Consumer Protection Act to enforce consumer credit contracts. Under the Dodd-Frank Wall Street Reform and Consumer Protection Act (2010), banks will no longer be allowed to become significantly prominent, also known as the Volker Rule. A newly Consumer Financial Protection Bureau has been established to write and enforce regulations on lending to consumers by banks with more than $10 billion in assets. The Housing and Economic Recovery Act of 2008 regulates Fannie Mae and Freddie Mac. It sets standards, internal controls, audits, risk management of the portfolios and charged the treasury department, among other things, invest an unlimited amount of money in regulated entities in the event of financial or mortgage market emergencies.

Gilbert, J. (2011). Moral duties in business and their societal impacts: the case of the subprime lending mess. Business and society review, 88-105.

Ladov, M. (2014). Predatory lending fine for Wells Fargo is just a drop in the bucket. Retrieved from http://www.brenancenter.org/blog/predatory-lending-fine-wells-fargo-just-drop-bucket

The subprime lending industry: an industry in crisis. (2007). Retrieved from http://stradley.com/articles.php?action=view&id=279

How to closeout procurement plan 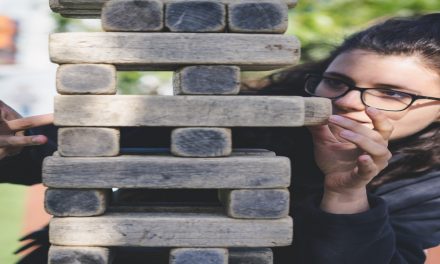